PITTSBURGH (AP) — There was no doubt in Zach Wilson’s mind. None. And the second-year New York Jets quarterback had no interest in keeping his confidence to himself.

So walking into the huddle late in the fourth quarter on Sunday, the Jets down by three in a place the franchise had won just once in over a half-century of trying, Wilson let it be known he wasn’t settling for a field goal and a chance at overtime.

Wilson leaned into the huddle and said simply, as running back Breece Hall put it: “Let’s go score a … touchdown.”

Ten plays, 65 yards, a handful of heady throws by Wilson and one outstretched arm by Hall later, the Jets were in the end zone and a franchise that has been running in place for years took another potentially significant step forward with an unlikely 24-20 victory.

“It felt like that was the first time as an offense we didn’t feel stagnant, we didn’t feel timid,” Wilson said. “Everyone was playing fast. Everyone was right on cue with what the calls were. It’s so much fun playing like this.”

It certainly looked like it as the Jets put together their second massive comeback on the road in three weeks. Last month in Cleveland it was Joe Flacco pulling out an improbable victory in the final seconds while Wilson recovered from a knee injury, suffered during the preseason.

On the first Sunday it was Wilson — the de facto face of New York’s latest rebuild — spoiling Kenny Pickett’s debut in Pittsburgh by making the kind of plays that came only sporadically if they came at all during his wildly uneven rookie season in 2021.

Wilson expects 2022 to be different. It might just be after he finished 18 of 36 for 252 yards with a touchdown and two interceptions in his first action since August. Wilson also became the first quarterback in Jets history to catch a touchdown when he hauled in a 2-yard pass from Braxton Berrios in the second quarter in New York’s version of the “Philly Special” run by the Eagles in the Super Bowl.

“I’ve got the best hands on the team,” Wilson said with a laugh.

He’s joking. Those hands — at least against the Steelers — may have belonged to defensive back Michael Carter II, whose diving interception with 3:34 remaining gave Wilson and company a chance to win for just the second time in 12 visits to Pittsburgh since 1970.

Wilson then calmly hit on each of his next five passes to put Hall in position to win it. The last two of the rookie back’s 66 yards rushing came with his ever-churning legs bringing him close enough to the end zone that he was able to extend the ball across the goal line. Referees initially ruled Hall fumbled, a call that was overturned when replay showed Hall broke the plane before the ball squirted free.

“We’ve always got that fight,” Hall said. “ You know, we feel like we can come back from any deficit.”

It’s a feeling the Steelers (1-3) have been searching for during a shaky opening month of the season. Trailing by four at halftime, coach Mike Tomlin made a move that long seemed inevitable by putting Pickett in for the erratic Mitch Trubisky.

The 20th overall pick in the draft showed flashes of why Pittsburgh was so high on him, becoming the first quarterback in NFL history to run for two touchdowns in his first game. The second was a 2-yard scramble that gave the Steelers (1-3) a 20-10 lead with 13:41 remaining.

“I just play with an edge,” Pickett said. “That’s something I wanted to bring to the table. I do not like to lose. This is not a good feeling.”

Tomlin declined to announce a starter for next week’s trip to Buffalo, though it’s hard to imagine him turning back to Trubisky after Pickett provided a palpable jolt while completing 10 of 13 passes for 120 yards.

“I think he did some good things,” Tomlin said of Pickett. “I thought there was some energy there.”

Some mistakes, too. All three of Pickett’s incompletions ended up in the hands of the Jets, the final one a Hail Mary to the end zone that was snagged by New York safety Lamarcus Joyner — who had two interceptions — as the clock ran out.

“Obviously, there’s a culture shift,” Hall said. “More than I can say it, I can see it.”

New York: RT Max Mitchell exited with a knee injury late in the first half and did not return.

Pittsburgh: S Terrell Edmunds entered the concussion protocol following a collision near the end of the first half and did not return. … DL Cam Heyward left during New York’s final drive with an apparent leg injury.

Jets: Return home to host AFC East rival Miami next Sunday. The Dolphins have dominated the series of late, taking eight of the last nine meetings.

Steelers: Travel to Buffalo next Sunday hoping to replicate an upset of the Bills in the 2021 season opener.

Get breaking news and analysis delivered to your inbox during football season. 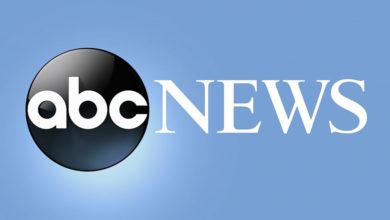 The Leftover Thanksgiving Recipes You Deserve