Donald Trump cost his party the House, the White House and the Senate in a single presidential term, and now his coup attempt on his way out the door has ensnared the Republican National Committee in state and federal criminal investigations.

Six months after the party excommunicated the two GOP members of the House committee investigating the Jan. 6, 2021, attack on the Capitol for serving on that panel, a series of subpoenas and search warrants, as well as videotaped testimony shown during recent public hearings, offer a clearer explanation for the RNC’s actions: fury about having its role in Trump’s plot revealed.

“Everything about what I hear about the activities of people, from the president on down, was ill-advised at best,” said one RNC member attending the group’s closed-door meeting in Chicago this week, speaking on condition of anonymity.

“If you’re one of the RNC members that participated in that, at the very least, it’s expensive,” said Steve Duprey, a former RNC member from New Hampshire who lost his seat for being insufficiently loyal to Trump. “It’s a great cautionary tale.”

RNC officials declined to respond to HuffPost queries on the topic.

But even in January, on the eve of the committee’s unprecedented resolution censuring longtime Republican Reps. Liz Cheney and Adam Kinzinger, of Wyoming and Illinois, respectively, one top RNC member told HuffPost the committee was upset that its own members were getting caught up in the House probe.

“They’re going after RNC members and staff, and they’re going to have to get lawyers,” the member said on condition of anonymity. “There’s a lot of anger built up.”

The details of the RNC’s involvement were vague at the time, but became clearer as the Jan. 6 committee’s public hearings began two months ago. The June 21 hearing ― which focused on the fake elector scheme that Trump and his campaign pushed as part of his illegal and unconstitutional attempt to hold on to power ― featured a clip of RNC Chair Ronna McDaniel, in which she revealed that Trump himself had asked her for help with the fake electors, and that she had honored his request.

“He turned the call over to Mr. Eastman, who then proceeded to talk about the importance of the RNC helping the campaign gather these contingent electors,” McDaniel says in the committee’s clip of her videotaped deposition, referring to Trump outside lawyer and coup proponent John Eastman. “We were just helping them.”

McDaniel claimed in her testimony that the Trump elector slates were only being prepared in case legal challenges in those states went Trump’s way. However, the committee showed an excerpt from one of Eastman’s emails in which he made clear that his plan was for Mike Pence, Trump’s vice president, to cite the existence of “competing” slates in order to simply declare Trump the winner.

“The fact that we have multiple slates of electors demonstrates the uncertainty of either. That should be enough,” Eastman’s email read.

The committee then showed testimony from Trump campaign staff and outside allies who said they felt misled.

Andrew Hitt, one of Trump’s fake electors from Wisconsin and a former RNC member, said he and others never would have gone along with the plan, had they been told the truth. “It would have been using our electors in ways that we weren’t told about and we wouldn’t have supported,” he told committee investigators.

Since those hearings, it has become obvious that prosecutors are also interested in the fake elector scheme.

The FBI obtained search warrants for the phones of Nevada state GOP Chairman Michael McDonald and state committeeman James DeGraffenreid. And federal prosecutors issued subpoenas for Georgia state chair and RNC member David Shafer, as well as others associated with the fake elector scheme in that state, Michigan and Arizona. Shafer also received notification from Georgia prosecutors that he is considered a target of its probe in Fulton County.

In all, six current RNC members and two former members are among the 59 Trump “electors” who falsely asserted on official documents that they were “duly certified” voting members of the Electoral College. In fact, they had no standing to cast those ballots because Trump had lost those five states: Arizona, Georgia, Michigan, Nevada and Wisconsin. (The RNC consists of three members from every state, the District of Columbia and five overseas territories: the chair of each local party, and one male and one female committee member.)

Trump electors in Pennsylvania and New Mexico also filled out electoral ballot certifications and sent them to the National Archives, but their documents included language stating that they would only be electors if a court order or another official proceeding made Trump the winner of their states.

The RNC continues to pay some of Trump’s legal bills regarding the New York state investigation into his business practices, but it is unclear whether the group has any intention of paying legal costs for the fake electors, including the half dozen current RNC members.

One of those six, who spoke on condition of anonymity, said he was not aware of any such effort.

Trump, despite losing the election by 7 million votes nationally and 306-232 in the Electoral College, became the first U.S. president in more than two centuries of elections to refuse to hand over power peacefully. His incitement of the Jan. 6 assault on the Capitol ― his last-ditch attempt to remain in office ― killed five people, including one police officer. It also injured another 140 officers and led to four police suicides.

Nevertheless, Trump remains the dominant figure in the Republican Party and is openly speaking about running for the presidency again in 2024.

In statements on his personal social media platform, Trump has continued to lie about the election and the Jan. 6 committee’s work, calling it a “hoax” similar to previous investigations into his 2016 campaign’s acceptance of Russian assistance and his attempt to extort Ukraine into helping his 2020 campaign.

SpaceX put Elon Musk’s Tesla into space five years ago. Where is it now?

7 Takeaways From Biden’s State of the Union Address

‘He rope-a-doped them’: Democrats celebrate GOP jeers at SOTU

SpaceX put Elon Musk’s Tesla into space five years ago. Where is it now?

7 Takeaways From Biden’s State of the Union Address

‘He rope-a-doped them’: Democrats celebrate GOP jeers at SOTU 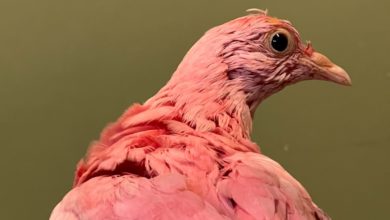 A pigeon dyed pink has died from its ordeal : NPR 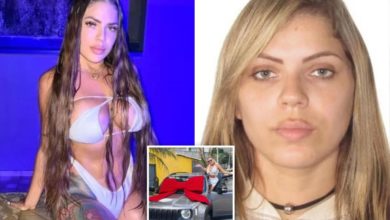 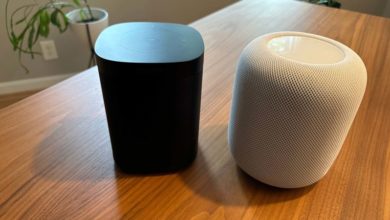 Apple HomePod 2 vs. Sonos One: which is best for you? 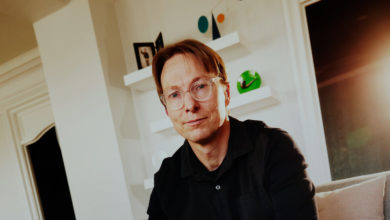