Abigail Zwerner, the teacher who was shot by a student in a classroom in Newport News, Virginia, earlier this month intends to file a lawsuit against the school board, her lawyer said Wednesday, alleging the shooting could have been prevented by school administrators.

Zwerner sustained a gunshot wound to the chest when a 6-year-old student brought a gun into a classroom at Richneck Elementary School and intentionally shot and wounded her, according to police. A bullet remains lodged in her body, according to Diane Toscano, Zwerner’s lawyer.

“This should have never happened. It was preventable and thank God Abby is alive. But had the school administrators acted in the interest of their teachers and their students, Abby would not have sustained a gunshot wound to the chest,” Toscano said at a press conference Wednesday.

Toscano alleged that the administration was warned four times by teachers and school employees about the student.

Zwerner’s lawyer also revealed that another teacher went into the classroom after she was shot and restrained the shooter until police arrived.

Toscano laid out a timeline of events the day of the shooting:

At around 11:15 to 11:30 a.m., Zwerner went to a school administrator and told them that the 6-year-old had threatened to beat up another child that day. The administration did not take action or remove the student from the classroom, according to Toscano.

At 12:30 p.m. a teacher told a school administrator she searched the 6-year-old’s backpack for a gun and told the administration that she believed the boy put the gun in his pocket before going outside for recess. The administrator downplayed the report and responded that the boy has little pockets, according to Toscano.

Shortly after 1 p.m., a third teacher told administrators that another student who was scared and crying confessed that the shooter showed him a gun at recess and threatened to shoot him if he told anyone, according to Toscano.

A fourth employee asked the administrator for permission to search the boy but was denied and was told to wait the situation out because the school day was almost over, according to Toscano.

Zwerner was shot almost an hour later, according to Toscano.

She is now home recovering, “but the road to recovery will be long,” Toscano said.

“On behalf of the family of the child, we continue to pray for Ms. Zwerner and wish her a complete and full recovery. Our hearts go out to all involved,” James Ellenson, an attorney for the family of the 6-year-old who allegedly shot Zwerner, said in a statement in response to Toscano’s remarks.

The press conference came hours before the Virginia public school system is set to decide the fate of its superintendent.

The Newport News School Board has called a special meeting for Wednesday at 6 p.m. ET to vote on a separation agreement with Newport News Public Schools Superintendent George Parker III and the appointment of an interim superintendent.

Parker has been under fire from teachers, parents and community members since the shooting. The boy, who has not been named publicly, allegedly took a handgun from his home, put it in his backpack and brought it to school that day before shooting his teacher in an “intentional” act, according to the Newport News Police Department.

Police said Zwerner was giving class instruction that afternoon when the student pointed the gun at her and fired one round. The teacher took a defensive position, raising her hand. The bullet went through her hand and into her chest, police said.

There was no physical struggle or fight, according to police.

After Zwerner was shot, she ushered all of her students out of the classroom. She was the last person to leave the room, police said.

About 16 to 20 students were in the classroom at the time of the shooting and none of them were physically injured, according to police.

Police said responding officers found a school employee physically restraining the 6-year-old suspect in the classroom. The boy allegedly hit the school employee before officers took him into custody. He was subsequently taken to a local hospital for evaluation, police said.

Since then, a temporary detention order has been obtained and the child is currently receiving treatment at a medical facility, according to police.

Newport News Police Chief Steve Drew has called Zwerner a “hero” who “saved lives.” He told reporters that the teacher has repeatedly asked how her students are doing.

Newport News police told ABC News that the investigation is ongoing and they do not know when it will be completed. When asked about the allegations made by Zwerner, they declined to comment due to the ongoing nature of the investigation.

The teachers union also did not comment on the announcement of a lawsuit.

“The Virginia Education Association continues to support our member, Abby Zwerner, in every way that we can during her physical and emotional recovery from the shooting at Richneck Elementary School. She was a true hero that day. Questions about the legal ramifications of this tragic event should be directed to her attorney,” Kevin Rodgers, director of communications for the Virginia Education Association, told ABC News in a statement.

Zwerner was released from Riverside Regional Medical Center in Newport News last week and will continue to receive outpatient treatment, according to Riverside Health System.

Police said the investigation into the Jan. 6 incident, including a motive, is ongoing and no one has been charged so far. Richneck Elementary School has remained closed in the meantime.

The 9 mm Taurus pistol used in the shooting was legally purchased by the boy’s mother, according to police.

During a town hall meeting with parents earlier this month, Parker said the student’s backpack was searched at school the morning of Jan. 6, after someone reported he may have had a weapon. The person who searched the backpack didn’t find a weapon, according to the superintendent. It was unclear who conducted the search or how the tip about the weapon was received.

When asked for comment, a police spokesperson told ABC News: “We have determined through our investigation that a school employee was notified of a possible firearm at Richneck Elementary before the shooting occurred. The Newport News Police Department was not notified of this information prior to the incident. I cannot release any further information at this time because of the ongoing investigation.”

Earlier this month, Newport News School Board Chair Lisa Surles-Law said they have been given approval to purchase 90 walk-through metal detectors, which will be installed in every school across the district, starting with Richneck Elementary School. The district will also bolster protocols on handling school violence, including implementing a safety stand down and reviewing student conduct and discipline records, according to Surles-Law.

The unnamed family of the boy released a statement last week, saying the “firearm our son accessed was secured” and that he “suffers from an acute disability and was under a care plan at the school that included his mother or father attending school with him and accompanying him to class every day.”

“The week of the shooting was the first week when we were not in class with him. We will regret our absence on this day for the rest of our lives,” the family said. “Since this incident, our son has been under hospital care and receiving the treatment he needs.”

The boy’s family called the shooting “horrific” and noted that they “have been cooperating with local and federal law enforcement to understand how this could have happened.”

“Our heart goes out to our son’s teacher and we pray for her healing in the aftermath of such an unimaginable tragedy as she selflessly served our son and the children in the school,” they added. “She has worked diligently and compassionately to support our family as we sought the best education and learning environment for our son. We thank her for her courage, grace and sacrifice.” 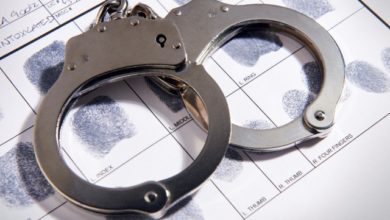 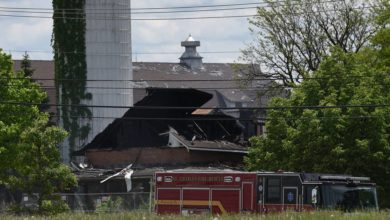 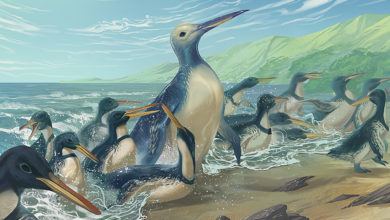 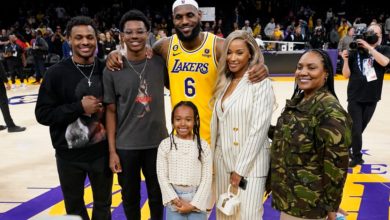