The battle for control of Congress is beginning to take shape as votes are counted in competitive races across the nation.

But several Democratic incumbents, including two House members in Virginia, have won competitive races, and others were leading – a sign that Republicans have an edge but not the wave they hoped for nationwide.

Here are some early takeaways as votes continue to be counted in key races:

She had defeated former GOP Rep. Scott Taylor in 2018 and 2020. But the district had become slightly more favorable ground for Republicans in redistricting: Biden carried the previous version by 5 points, and would have lost the new district by 2 points.

A big Democratic Senate hold: Like Virginia in the House, New Hampshire was a key early result in the battle for control of the Senate, where Democrats cannot afford to lose a seat in their bid to retain their majority.Sen. Maggie Hassan, a first-term Democrat who faced Republican retired Army Brig. Gen. Don Bolduc, won her race, CNN projects.

A Hassan loss would have effectively ended Democrats’ hopes of retaining their majority. The party is still defending seats in Arizona, Georgia and Nevada, and attempting to make up for any potential losses in battles for Republican-held seats in Pennsylvania and Wisconsin – so it will take time to settle Senate control.

DeSantis and 2024: Gov. Ron DeSantis led a dominant Republican ticket in Florida – delivering historic margins in Democratic territory in his victory over Democratic Rep. Charlie Crist on a night that provides him a powerful argument if he seeks the GOP’s 2024 presidential nomination.

The easy wins by DeSantis, who led by nearly 20 percentage points with 92% of the estimated vote counted, and Sen. Marco Rubio, who was 17 points up, were enough to cast doubt on Florida’s status as a national bellwether.

GOP makes gains with Latinos in Florida: Republicans hoped to build on Trump’s inroads among Latino voters in 2020, a trend that could reshape the political landscapes in several swing states if it continues. The strongest early signal that the GOP had continued to make gains came in Miami-Dade County, home to a large Cuban population.

But it’ll take a while to fully gauge whether those GOP gains take place outside of Florida.

One key gauge will be three competitive House races in Texas, where the GOP hopes culturally conservative voters in the Rio Grande Valley will swing their way.

A night of firsts: Up and down the ballot, in red states and blue, candidates from both parties are celebrating pathbreaking victories. Read about some of them here.

Unwind in this Williamstown condo in a former cable factory

3.5 Tons Of Cocaine Found Floating In The Pacific Ocean

What Happens When You Stop Taking Ozempic and Wegovy?

Unwind in this Williamstown condo in a former cable factory

3.5 Tons Of Cocaine Found Floating In The Pacific Ocean

What Happens When You Stop Taking Ozempic and Wegovy? 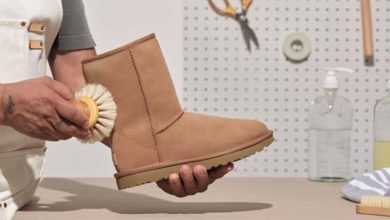 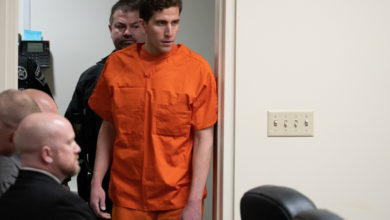 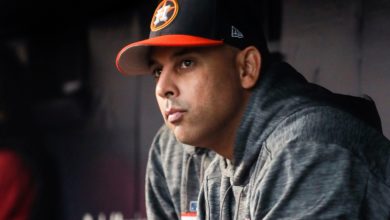