This Thanksgiving, for the first time in years, my brother Kevin and I could both say we’ve had enough of Donald Trump. But that’s not to say he and I agree on much else. Once again, here’s Kevin with his annual view from the starboard side of the Dowd family:

The midterms are over, and the results are disappointing. A red wave did not materialize, and the Democrats and President Biden were not made to pay for their actions of the past 22 months.

These include the Afghanistan debacle; cashless bail, which favors criminals over victims; 40-year-high inflation; a two-year invasion at our southern border; record gas prices; a dangerous drawdown of the strategic petroleum reserve; the further decline of our education system; the weakening of our military; and the total embrace of wokeness to divide the country. All of that, with the president’s approval rating deep underwater and 81 percent of Americans believing that the country is headed in the wrong direction, should have produced the anticipated Republican surge. But the president emerged from the elections thinking that Democrats’ relatively good fortune was due to his policies, not in spite of them.

Republicans must take a large share of the blame. Their messaging was late or nonexistent, letting Democrats persuade swing voters to believe the only issues that mattered were Trump, abortion and the supposed threat to our democracy.

Candidates must fit their district. Don’t pick a conservative for a moderate district. Intrusions by Rick Scott and Lindsey Graham on hot-button issues hurt. The Republicans must persuade supporters to vote early, not wait for Election Day. Democrats often amass large leads from early voting, forcing Republicans to come from behind.

Donald Trump is radioactive. His insistence on picking candidates based on their loyalty to him cost Republicans control of the Senate in consecutive elections, and his attacks on other Republicans are despicable. Historians will judge his presidency in more generous terms than the media does now, and we will be forever in his debt for saving the country and the Supreme Court from Hillary Clinton, but his effectiveness has passed.

His announcement that he will run again was greeted with resounding silence from Republicans the next day. Rupert Murdoch stripped Trump of the formidable Fox defenses. Trump’s isolation was made plain at his announcement party, where the only member of Congress in sight was Madison Cawthorn, who lost his own primary.

A third Trump run will simply settle old scores with political enemies and the press and ignore the repair work that the G.O.P. needs to be done.

The Democrats’ better-than-expected results emboldened Mr. Biden, to the nation’s detriment. He will likely run again (he’d be 82 at his second inauguration) and said after the midterms that he intends to change “nothing.” “The more they know about what we’re doing, the more support there is,” he said, as if his policies were a luscious bœuf bourguignon simmering over the heat of roiling inflation.

There are some bright spots. Republicans have won the House and ended the torturous reign of Nancy Pelosi. With that victory come the purse strings, which should put Democratic profligacy on the skids.

Republicans’ first order of business should be impeaching the odious Alejandro Mayorkas, the homeland security secretary, who has presided over the disgraceful situation at the border, wearing incompetence like a badge of honor. In just the last fiscal year under his watch, over 2.4 million migrants have been encountered at the border, over 500,000 have evaded capture, and over 850 deaths have occurred.

Republican hopes for 2024 must rest with their new superstar, Ron DeSantis, who won almost 60 percent of the vote in his race to be re-elected governor of Florida, paving the way for four new G.O.P. House members. His handling of Hurricane Ian was only his latest feat, building on his popular defense of parental rights in education, his support of the police and his fight against wokeism.

The pandemic lockdowns, spurred by teachers’ unions, resulted in a disastrous drop in the nation’s test scores and pulled back the curtain to what children were being taught. I do not want my elementary school grandchildren hearing about sexuality from a stranger or being labeled an “oppressor.” Stick to math and reading; there is enormous room for improvement.

Republicans must now wait two more years for redemption. The Senate field in 2024 has Democrats defending 23 seats. With two more years of Biden’s mistaken policies, rising crime in our major cities, bone-crushing inflation and an impending recession, Republicans should have another golden opportunity. Carpe diem.

Here’s hoping for the new year,

The 9 big policy ideas that Biden hit during his speech

How Stokely Carmichael and the Black Panthers changed the civil rights movement : NPR

The 9 big policy ideas that Biden hit during his speech

How Stokely Carmichael and the Black Panthers changed the civil rights movement : NPR 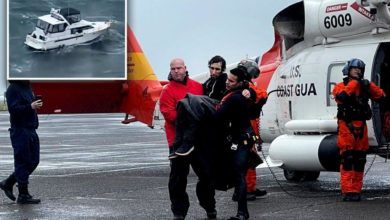 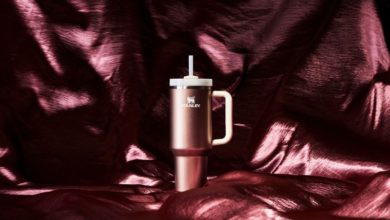 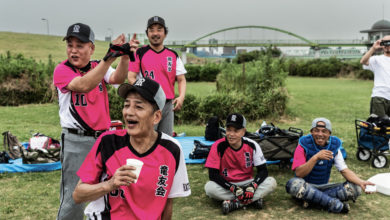 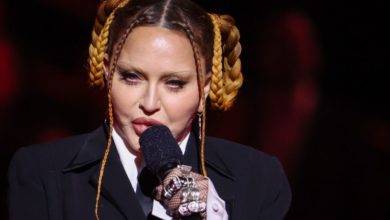