When TÁR first premiered at the Venice International Film Festival, it became clear that this would be one of the biggest contenders in this awards season. Following a conductor who becomes the first female chief conductor at a major orchestra, the film delves into the deep psychological traumas that come from the artistic process and unwavering dedication. Not only are critics enamored with the film, but it has pleased festival judges as well. At Venice, Cate Blanchett won the Volpi Cup for Best Actress for her titular lead role and seems well on her way to another Oscar win. The film went on to receive six Oscar nominations. For anybody who still hasn’t seen Blanchett’s most daring performance since Blue Jasmine, here’s everything we know about how, when, and where you can watch TÁR.

COLLIDER VIDEO OF THE DAY

When Did TÁR Release?

TÁR premiered at the Venice International Film Festival on September 1, 2022, and was distributed to US audiences by Focus Features on October 7, 2022, in a limited release in select cities and expanded to a wider release on October 28, 2022.

The film is still playing in select theaters, you can visit the links below to find showtimes at a theater near you:

What Oscar Nominations Did TÁR Receive?

When Will TÁR Be Available on Streaming?

TÁR will be available to stream on Peacock starting on January 27, 2023.

The film is now available to rent and buy on-demand from your platform of choice.

The film is also available to purchase on 4K UltraHD, Blu-ray, and DVD.

“Set in the international world of classical music, the film centers on Lydia Tár, widely considered one of the greatest living composers and the first-ever female chief conductor of a major German orchestra. The film is an “exceptionally detailed portrait of a Promethean artist eventually hoisted on her own petard.”

A full-length trailer for TÁR was released on August 25th. It opens with an image of Cate Blanchett surrounded by darkness and slowly letting a large puff of smoke out of her mouth. Then her haunting narration begins. She details how time is the essential element and as a conductor, it cannot start without her saying so. The rest of the trailer reveals little about the plot. It plays like a collage of photographs and artwork as well as increasingly disturbing cinematic tableaus intercut with Cate Blanchett conducting her orchestra. With a highly unconventional trailer accompanied by an intense chorus, it can only mean the movie follows few traditional storylines.

Who Is the Director of TÁR?

The director of TÁR is Todd Field. Many contemporary film fans may not remember him as this is his first film in 16 years, but in the early 2000s, he changed the landscape of American independent cinema. Although Todd Field started his career as an actor in underrated gems like Walking and Talking, Field became internationally known as the next big director for his debut, In the Bedroom. Starring Sissy Spacek, Tom Wilkinson, and Marisa Tomei, it follows a family in a small New England town whose idyllic life is suddenly rocked by an unimaginable tragedy. It nearly won Best Picture and proved to be one of the most financially successful films to ever premiere at the Sundance Film Festival. His next film, though not a financial hit, was equally affecting. Little Children starred Kate Winslet and Patrick Wilson as two stay-at-home parents who, bored with their monotonous, suburban lives, begin an affair. While his early work dissected American suburbia, he seems to be flexing other muscles in this international tale of artistic passion.

Who Is In the Cast of TÁR?

It’s been a while since an Oscar contender was so stacked with not only Hollywood actors, but internationally acclaimed foreign actresses too. Starring in the titular role, Cate Blanchett is already a two-time Oscar winner and could win her third for this role. She first gained international attention for her Oscar-nominated role as Queen Elizabeth I in Elizabeth and has since skyrocketed to critical acclaim and fame. She went on to win Best Supporting Actress for her role as Katharine Hepburn in The Aviator and Best Actress in Blue Jasmine. She has shown her skills in both big-budget comedies like Ocean’s 8 and quiet indie romances like Carol.

Starring opposite Cate as her love interest is Nina Hoss. To American audiences, Hoss may not be a name, but that doesn’t make her any less of a talent. She is most known for her continued collaborations with German auteur Christian Petzold such as Barbara and Phoenix. She has also worked on American projects like Homeland. As Tár’s assistant, Francesca, Noemie Merlant makes her English language debut. Though she had been working steadily in France for years, she only recently came to the attention of international audiences with the romantic period drama, Portrait of a Lady on Fire. Since then, she has made films with directors like Jacques Audiard and directed short films of her own.

TÁR has been sparking a lot of conversation on artistic expression and obsession as it makes its way to major festivals. While you wait for this psychological drama to come to your local theater, here’s a list of films about music and obsession that will keep you occupied.

Whiplash – Before Damian Chazelle won an Oscar for La La Land, he wowed audiences with this story of jazz and perfection. Whiplash follows an ambitious music student and jazz drummer, Andrew (Miles Teller), who finally gets the chance to play in the best jazz band in his conservatory under conductor Terrence Fletcher (JK Simmons). However, once he joins, he gets pushed to his limits and must battle his mind and body to achieve true greatness. Though there aren’t any monsters or supernatural creatures, Fletcher remains one of the most bone-chillingly terrifying characters in film and rightfully earned Simmons his Oscar.

Amadeus – Famed Czech director, Miloš Forman, won his second Best Picture Oscar for this masterful biopic. Amadeus tells the story of Mozart through the eyes of his lesser rival Salieri, played by a fantastic F. Murray Abraham. Through Salieri, we see the pain that comes from working towards greatness, believing you have achieved it, and then seeing it all swept away when a young cocky prodigy strolls in with better music than you could ever imagine. Many other directors have tried to make biopics about musicians, but they often fall flat through binary story arcs and by being overly complimentary. Through Forman’s interesting perspective, introspective themes, and lively setting, the movie becomes a classic.

The Music Lovers – Though this film is little known, it features some of the bravest acting performances on screen. The Music Lovers is the oft-forgotten story of Russia’s greatest composer, Pyotr Tchaikovsky (Richard Chamberlain). Told through a series of flashbacks and nightmares, it details the love affair between himself and his wife Nina (Glenda Jackson). Rumors of nymphomania and homosexuality plague the relationship and leave both of them emotionally wounded. With Tchaikovsky’s lively and haunting score narrating the film, The Music Lovers remains a unique story about dedication and betrayal. 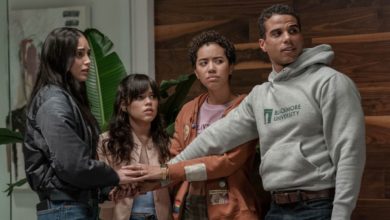 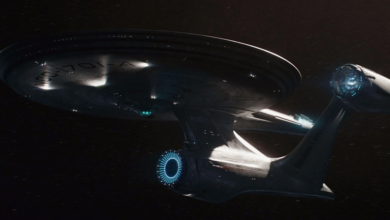 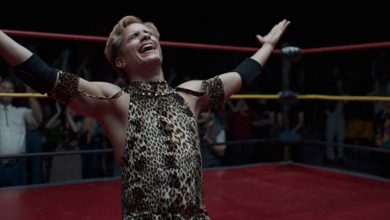 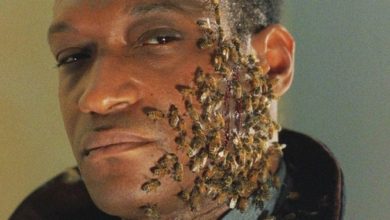