In 2015, Nina Farzin needed a unique assist: a product to help her clean out her baby’s clogged nostrils.

She couldn’t find one. So she took $22,000 from her savings, quit her full-time pharmacist job and founded Potomac, Maryland-based Oogiebear. On Friday’s episode of ABC’s “Shark Tank,” Farzin told investors how far she’d come: Since launching her booger-removal business, Oogiebear had made $15 million in revenue. Farzin said she was on track to personally make $1 million annually.

Now, she has two new business partners and a “Shark Tank” deal: During the episode, Barbara Corcoran and Robert Herjavec gave Farzin a combined $600,000 for 10% of Oogiebear. The investors promised to give up half of that equity if the company doesn’t hit $400 million in sales within two years.

Robert Herjavec tests out Oogiebear’s product, which has a loop on one end and a scoop on the other.

Oogiebear was a hot commodity for the Sharks: Mark Cuban, Lori Greiner and Kevin O’Leary also wanted a stake in the company, which Farzin said was on track to make $5.4 million annually.

“I actually developed a whole new baby care [category],” Farzin said. “There was nothing like this on the market. As a pharmacist, I knew better. Nothing addressed boogers, and it’s the most important thing because it involves babies breathing better.”

O’Leary offered Farzin $400,000 for 10% of Oogiebear. Grenier matched the offer and invited Cuban, who said he wanted 12% equity in the company, to join.

Then Corcoran jumped in, citing her previous success investing in baby care products as an advantage. She said she could help diversify Oogiebear’s revenue: Farzin estimated that 76% of the company’s sales come from Amazon, despite its presence in retailers like Nordstrom and Walmart.

Initially, Corcoran offered the same as O’Leary did, adding her promise to give back half the equity if the company failed to reach its sales benchmarks. Herjavec then joined the deal, proposing to split the $400,000 investment amount evenly while saying he regretted joining Corcoran’s previous baby care investments.

Cuban, Greiner and O’Leary criticized the offer, with Cuban particularly arguing that he could help Oogiebear grow its sales without any added conditions. But Farzin stayed focused on Corcoran and Herjavec, asking them for a combined $600,000 instead.

Corcoran asked if Farzin would accept the extra $200,000 as a line of credit. “We have a million dollars in cash already,” Farzin responded.

Ultimately, Corcoran and Herjavec accepted Farzin’s counter-offer. Farzin said she negotiated with the duo because she was a fan of Corcoran’s, and felt confident in the pair’s ability to bring Oogiebear to more customers. Even before taking the deal, the company’s performance had already surpassed her expectations, she said.

“I’m an accidental entrepreneur, [but] I have the heart of an entrepreneur,” Farzin said. “I wanted 50 other moms to really like this product. I never imagined I would be here.”

Sign up now: Get smarter about your money and career with our weekly newsletter

This ‘Shark Tank’ CEO got a $600,000 offer from Mark Cuban and Kevin Hart—for a product that helped him lose 300 pounds

FTX bankruptcy fees near $20 million for 51 days of work

Here’s more of what the ChatGPT competitor can do

FTX bankruptcy fees near $20 million for 51 days of work

Here’s more of what the ChatGPT competitor can do 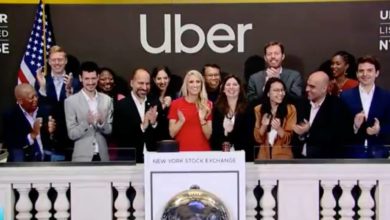 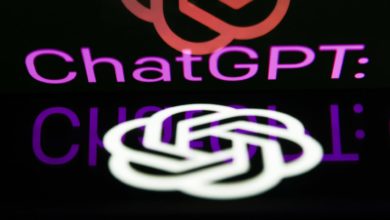 What is ChatGPT? Viral AI chatbot at heart of Microsoft-Google fight 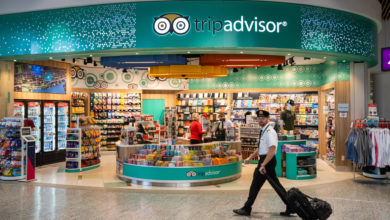